Currency hedging expert Wolfgang Koester breaks down the results of a new survey on FX impacts and their negative effect on the bottom line. Are corporations doing a better job mitigating FX risk? Koester, the co-founder of FiREapps, gives his thoughts. 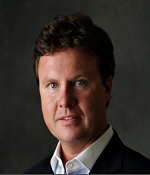 Wolfgang Koester is the CEO and co-founder of FiREapps. He has more than 30 years of extensive experience in currency markets and working with numerous global Fortune 1000 companies and government entities.

Prior to co-founding FiREapps, he served as President of GFTA Trendanalysen Inc., a quantitative currency management company. Koester has been named as one of the “100 Most Influential People in Finance” by Treasury & Risk magazine and is regularly included in Global Finance’s annual “Who’s Who in Foreign Exchange.” He is a frequent speaker at industry and academic events and his work has appeared in The Economist, The Wall Street Journal, Financial Times, Treasury & Risk and AFP Exchange among other industry publications. He is a regular commentator on CNN, CNBC, Fox Business and Bloomberg.