So You've Publicly Disgraced Yourself. Here's How You Can Bounce Back

What do you do if you suffer a very public failure? How can you re-start your career?

Catherine Hoke can help. In this episode of AFP Conversations Podcast, Hoke explains what you need to do rebound from failure. 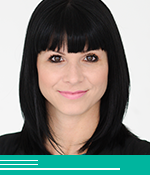 Catherine Hoke knows about being a long shot. As the first female wrestler on her high school boys’ team, she owns the school record for getting pinned the most and fastest. Hoke’s underdog spirit led her to launch Defy Ventures, a national nonprofit that equips former drug dealers and gang members to start legal businesses, producing a 3% recidivism rate. Hoke was named a #MakeTechHuman Agent of Change by WIRED and Nokia for being one of “17 Global Influencers Expanding Human Possibility Through Technology” (2015). Hoke also received the MDC Partners Humanitarian Award (2015), was named as one of the 100 Most Creative People in Business (2014) by Fast Company and is an Ashoka Fellow (2013). Her work has been featured in The New Yorker, The New York Times, The Wall Street Journal, Inc. Magazine, Forbes.com, The Harvard Business Review, and The San Francisco Chronicle.