Rana Foroohar: Makers, Takers and the Rise of Financialization in America

In this episode of AFP Conversations, Business journalist Rana Foroohar discusses the financialization of America, what that means for business, and its meaning for corporate treasurers and CFOs. She also explains how the roles of business and government will merge in the future. 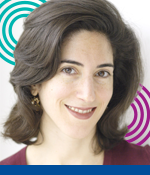