Dan Gardner, co-author of best-selling "Superforecasting: The Art and Science of Prediction," argues that pundits are notoriously inaccurate at predicting the future, and that ordinary people actually produce better forecasts. In this episode of AFP Conversations, Gardner explains how FP&A and finance professionals can turn themselves into superforecasters. He will also keynote the inaugural FinNext. 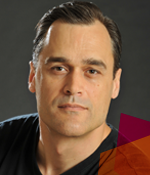 Dan Gardner is the New York Times best-selling author of books about psychology and decision-making and a senior fellow at the University of Ottawa’s Graduate School of Public and International Affairs.

In Superforecasting: The Art and Science of Prediction, Gardner and co-author Philip Tetlock discuss the biggest forecasting research program ever conducted and distill important lessons about forecasting, teamwork, and good judgment. Superforecasting was chosen as one of the best books of 2015 by The Economist, Bloomberg, and Amazon.

In Future Babble, Gardner looks at the dismal record of expert forecasts and why we keep listening to overconfident pundits. Harvard psychologist Steven Pinker said Future Babble “should be required reading for journalists, politicians, academics, and anyone who listens to them.”

Dan Gardner’s books have been published in 24 countries and 19 languages.

In addition to writing, Gardner lectures around the world on forecasting, risk, and decision-making. He also consults on how to improve decision-making and implementation.

Prior to becoming an author, Gardner was a newspaper columnist and feature writer whose work won or was nominated for every major award in Canadian newspaper journalism.