The Commodity Futures Trading Commission has approved the first trading and clearing platform specifically for cryptocurrency-based derivatives. The company, LedgerX, believes its platform will enable users to hedge the cryptocurrencies’ often volatile price swings and even gain exposure to the currencies without actually holding them.

“These asset-settled options will help reduce volatility risk in our business, as we are holding the underlying bitcoin asset,” said Tony Gallippi, co-founder and executive chairman of BitPay, in statement related just prior to regulatory approval.

Aaron Brown analyzed cryptocurrencies as the head of research at AQR Capital Management prior to leaving the firm in June. He noted that adopting the currencies involves significant operational hurdles. Indeed, just holding bitcoins or Ethereum requires adopting a digital wallet and related controls that will be brand new to most companies and unlikely to be part of their existing treasury management systems.

Brown said that companies could view the cryptocurrency they earn as a foreign currency stream, project out those revenues, and then use a series of puts and calls that hedges the anticipated bitcoin revenues.

“Either I’ve written options on [the cryptocurrency revenue] and they get called away because someone exercised the option, or when they accumulate to a certain point I just sell them,” Brown said. “It gives me a much more predictable cash stream.”

In fact, corporate treasury executives routinely pursue similar strategies to hedge potentially volatile fiat currencies and interest rates. Other trading platforms such as TeraExchange and Crypto Facilities have offered cryptocurrency-based derivatives, but LedgerX is the first to receive regulatory approval for both a trading platform and an integrated clearing facility. That regulatory stamp of approval may open the door to trade the derivatives for some institutions that otherwise would be unable to do so.

LedgerX essentially makes bitcoin and other cryptocurrencies look like other financial products from risk and operations perspectives. It’s also a boon to institutions that may not want to hold the actual cryptocurrency.

“Holding physical bitcoin is likely a barrier to entry for some who may want exposure to the asset class. They’ve seen a lot of headlines where bitcoin exchanges and other facilities have been hacked,” said Richard Johnson, vice president, market structure and technology, at Greenwhich Associates. “And these are digital assets requiring a different kind of security. The institution would need to store the private keys and protect them in the organization, and most companies don’t want to do that.”

Other trading facilities such as Terra Exchange are cash settled, so participants do not actually hold the cryptocurrency. LedgerX’s integrated clearing function enables participants to take delivery of the cryptocurrency when the derivative expires, or they can perpetually renew contracts using the trading platform’s “day-ahead swap” to retain exposure without ever taking delivery, Brown noted. Traders in the oil market have long renewed oil futures to retain exposure to oil without ever having to store the dirty stuff.

The day-ahead swap, which LedgerX describes the swap as “short-term deliverable forward, also serves to mitigate a challenge related to cryptocurrencies such as bitcoin, which can’t be purchased in advance. Without the hedge, counterparties expose themselves to the risk of the cryptocurrency’s value changing significantly—as bitcoin has in recent weeks—before the transaction is settled.

Although perhaps more appropriate for institutional asset managers, corporates with more sophisticated trading operations could deposit cryptocurrencies at LedgerX, which holds them as collateral for future derivative transactions, as a hedge against volatile financial markets.

“The great thing about bitcoin is that it’s completely uncorrelated to the broader financial market,” Brown said, noting that the value of the collateral could be hedged using LedgerX’s puts and calls.

Learn more about cryptocurrency and how it will impact treasury and finance. 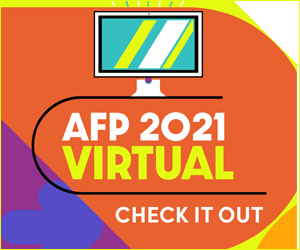