Why Your Own Data is the Key to Resolving Invoice Disputes 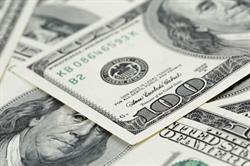 FORT WORTH, Texas -- Speaking at the TEXPO 2016 treasury management conference, Doug Dunlap, CCE, director of credit and collections for Quintana Energy Services (QES), presented a simple solution for resolving disputes on customer invoices: taking a closer look at the data you already have and making sure your staff understands its significance.

Dunlap tags anything that keeps an invoice from being delivered, accepted, coded and paid in a reasonable amount of time for his customers as a dispute. Resolving these disputes takes a lot of time and effort, which ultimately costs the oil and gas services company a fair share of money. However, the answer to fixing the problem is often right in front of you, if you know where to look. “The takeaway I’d like you to understand is the importance of leveraging your own data,” he said.

Dunlap provided the process he follows for doing this, which can be applied to any company in any industry:
First, he identifies, at the invoice level, the problems that are causing the dispute. “We know who our customers are, we know what districts they came from, but we have to identify what those problems are,” he said. “Then we have to measure; we capture and record our own company’s data, from the district level or wherever it may live, and make sure we’re reporting on that. We identify the areas that need to have improvement.”

The next step is using your data to educate across the organization. Dunlap stressed the importance of this step, noting that 99 percent of the people he works with aim to do a good job. It’s just that sometimes, they don’t understand the magnitude of what they’re doing. And if that’s the case, “they’re not going to make the decision you would like them to make, because they don’t understand the impact,” he said.

Dunlap used days sales outstanding (DSO) to illustrate why education is so important. For example, say a company’s DSO, from the time the product is shipped to when the company receives payment, is 75 days. “But we don’t like that; let’s say we want that number to be 60 or 50,” he said. “So we have to analyze all the different components. And at a higher level, they’re going to say the customer just isn’t paying. But that’s not actually the case. There’s more of that component that we control inside our own house before it ever gets to the customer. So this is where the education might come in, at the district level.”

If the problem is at the district level, that would mean that Dunlap has to meet with the district clerk who is responsible for invoicing. “They do many different things, but one of the things all of them do is invoice,” Dunlap said. “I have to make them understand how important the invoicing picture is. I show them that entire cycle of 75 days, and I explain the value of what one day of DSO is. And today it’s $875,000.”

So what Dunlap aims to make these district clerks understand is, this is not something that can wait until tomorrow. “When you’re busy and you let the invoicing wait until tomorrow morning—that costs us $875,000,” he said. “The minute that paperwork comes in, we need to invoice it that day.”

This method allows you to actually give an employee some understanding of why their job is important, Dunlap emphasized. “When someone from the corporate office goes down to the district, it’s usually not a good thing,” he said. “But with this kind of situation, we make it a good thing because we’re making sure they understand that we appreciate the job that they’re doing and we tell them how important it is.”

Applying this process, Dunlap went through QES’s accounts receivable portfolio and identified every dispute the company had. His team also had to break down the disputes so they could determine who was responsible for the issues and who could help resolve them. QES ultimately realized that the extra time spent resolving these problems was costing the company $588,000 per year and over $7.3 million total. Since then, QES has reduced these time costs by 50 percent.

“Think about the things you don’t know about your customers that’s inside your systems,” Dunlap said. “Figure out a way to get that data that will give you a better idea of where you’re standing with the customer. We used our own data that lived inside our own system for all of our dispute resolutions.”