When you ask Andrew Winston, author of “The Big Pivot” and keynote speaker at the 2014 CTC Corporate Treasurers Forum, about what the incoming Trump administration means for the progress made on clean energy, he is clearly concerned. Less than a year ago, AFP spoke with Winston about the historic Paris Agreement, which saw 195 nations pledge to reduce greenhouse gas emissions. Trump has indicated he would “cancel” the United States’ participation in that deal.

Winston noted that, as written, the U.S. can’t actually exit the agreement for four years, so Trump couldn’t essentially “cancel” U.S. participation in it. But what he could do is refuse to implement anything that would deliver on it. “It’s not legally binding,” he told AFP in a new interview. “In [the Paris Agreement] is a commission to reduce emissions by a certain amount but he could just not do it. And that’s always been the problem; every country could do that. It’s a global agreement—you just have to trust that countries are going to do it.”

Business will pave the way

So why then, is Winston still hopeful about clean energy in the future? In a word: business. Yes, that’s right. Regardless of political leanings, the facts are that businesses are adopting clean, renewable energy, and for good reason. As Winston explained in a November 9 blog post, the cost of wind and solar power has dropped 60 to 80 percent in the last six years.

“Renewable energy is just flat out cheaper,” he said. “Energy efficiency alone just saves money. It reduces your reliance on a volatilely priced input, and anything that pays back quickly, a company is going to continue to do.” 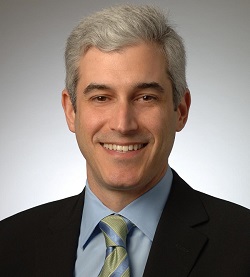 Of course, federal action helps; there have been incentives for renewable energy that have made it even more cost-effective for business. “But if you look at the data on even unsubsidized costs—what it costs to build stuff without the government incentives—it’s still cheaper,” he said.

Obviously, this is especially relevant for corporate treasurers, who have been under pressure from management for years to reduce costs in any way, shape or form. So in the modern age, adhering to a more costly source of energy simply doesn’t make sense for business. So in a way, treasury and finance professionals will be doing their part to save the world by simply doing their jobs effectively.

Now, there are ways that the federal government could make renewable energy more expensive, but it would take some extreme measures. “You’d have to greatly increase the subsidies for fossil fuels, or tax renewables. You could make the regulatory hurdles really high for renewables,” he said. “You could do it, if you really wanted to try and sink that business. But you can’t sink it globally.”

But again, Winston sees extremes like these as highly unlikely because renewables employ a lot of people. “You’d actually be hurting your citizens and voters, and it’s not clear that renewables fall on party lines anymore,” he stressed. “It’s been a Republican House of Representatives, and they extended tax breaks because there are people in districts and states with significant renewable energy businesses. It’s the vast majority of new energy being put on the grid.”

So no matter what happens with the next administration, there will continue to be major incentives for businesses to move to lower and cleaner energy. “And broadly speaking, the reasons companies are becoming more sustainable aren’t about federal pressure or regulations anyway,” Winston said. “It’s about the economics. It’s about pressure from stakeholders like your customers and your employees. It’s about transparency; people want to know more about the things they buy.”

Added Winston: “You can’t kill the sustainable business movement. You can make it a lot more difficult, but there are generational shifts towards wanting companies that share your values. You can’t change that.”