What Treasurers Need to Know When Choosing a TMS 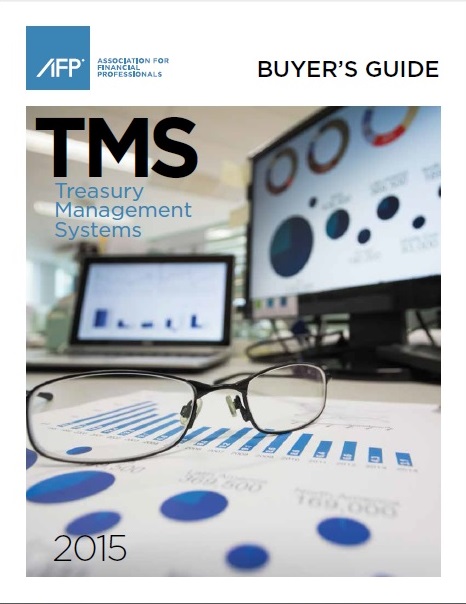 The following article was excerpted from the 2015 AFP Buyer’s Guide to Treasury Management Systems.

Treasurers evaluating competing treasury management system (TMS) offerings should note that the detailed definitions in use vary across the vendor community.

Software as a Service (SaaS) – a platform in which the vendor provides multitenant access to the software and database, and manages the technology, including installation, support, database and upgrades.

Application Service Provider (ASP) – a platform in which the vendor hosts and manages a single, client-specific instance of the software and database.

Installed – a platform in which the client hosts the software installation and assumes some first-line responsibilities for installation, support, database and upgrades.

TMS buyers and evaluators today are confronted with challenging issues, especially for non-technologists, as they weigh the conflicting sets of benefits against the dictates of corporate IT policy, and the constraints of their budget.

Historically, SaaS and ASP offerings were directed at the middle- and lower-market tiers in terms of treasury size and complexity. These technical platforms are generally seen as cost-effective alternatives that include technology outsourcing, which is attractive to many companies operating under IT resource and budgetary constraints, and which seek to minimize technology risk.

ASP solutions are notably attractive to companies whose IT policies require that financial systems such as a TMS not share resources with third parties in multi-tenanted environments. It is this factor that drives the increased level of interest in ASP noted by some vendors. Installed solutions still tend to be favored by the largest organizations, which have substantial in-house IT resources, as well as a risk policy that requires financially sensitive systems to be hosted in-house. However, some of these boundaries seem to be breaking down, especially as more mature SaaS solutions have become richer in functionality and scope.

At the same time, debates that, in essence, relate to the security and confidentiality of treasury data, and who owns and controls the data in a hosted or outsourced environment, are reviving.

TMS licensing options are correlated with the types of deployment offered. The options encountered by buyers range from subscription pricing, which bundles together the software and support licensing, to various forms of term and perpetual license, with usually separate support fee arrangements. As a rule, implementation and upgrade consulting are licensed separately. SaaS and ASP licensing virtually always follows the subscription model, and installed systems historically have been linked with term and perpetual licensing. There is some evidence that more companies now prefer the subscription pricing model, which enables TMS costs to be assigned to the operating rather than the capital budget, thus simplifying the procurement process.