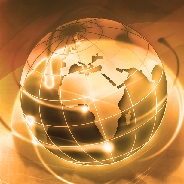 for corporate treasury, both in terms of costs and efficiency. During a session at Sibos 2015, two financial executives from major multinational corporations explained the rewards they reaped from centralizing treasury operations.

Nicholas Soon, regional treasury manager for British American Tobacco (BAT), explained that in 2003-2004, his company centralized its treasury back office in Singapore. “At the time it was challenging; centralization was a very new idea at the time,” he explained. “We faced pushback from finance directors and GMs; they thought we’d take cash from them and move it to Singapore. They were worried that they’d lose liquidity and not be able to get that cash back.”

As for treasury, BAT consolidated its two treasury service center offices in London and Romania into one global treasury operations center in Romania. Since then, activities in Singapore have reduced substantially and there are no more activity takes place in London.

The benefits for treasury have been significant. “We rolled out our global SAP system a few years ago, and because we had centralized earlier, the implementation was quite successful because managed to implement in three-and-a-half years,” Soon noted. “In addition to that, we implemented an in-house bank within nine months. A payment factory is something we’re looking at for the future; we are also looking at eBAM.”

In terms of financial savings, the results have been sizable. “The cost was about $2 billion, but the savings were about five times more than that,” Soon said.

From the perspective of Bilie Huang, chief financial officer for Chinese logistics giant SinoTrans and CSC Group, centralizing treasury is not a recent trend; in China, it has been going on since for over 30 years. As numerous corporations shifted manufacturing to Asia, many of those companies also moved treasury there as well.

SinoTrans began centralizing its treasury department in the early 1990s, Huang noted. Treasury is centralized in Beijing, with a regional treasury center in Hong Kong. Much like BAT, centralization has allowed SinoTrans to achieve substantial benefits. “We can easily pool the funds, which were formerly scattered around our affiliates and subsidiaries,” he said. “The other things we can do are perform risk management and also moderate our cash flows between our companies and paying outside. We can also build firm relationships with our banks, and we can easily raise more money within the corporation.

Centralizing in Singapore and Hong Kong

The panel was asked why so many companies have opted to move treasury operations to Asia; in particular to Singapore and Hong Kong. “Why does a corporation set up regional treasury centers or principal treasury management centers? It’s all about the tax region that they can get tax incentives—the waiver on some of the interest income that they get from some of the billing structures that they have,” responded John Wong, managing director, group head of transaction banking and global banking with Maybank.

Wong noted that while many companies are creating treasury centers in Hong Kong and Singapore, the two regions differ in a number of ways. “Hong Kong, as opposed to Singapore, is a free market economy,” he said. “So you can set up companies, regulations are a little more relaxed compared to Singapore, and it’s very much driven from the economy perspective.”

Singapore, in contrast, is very government driven. Companies locate treasury management centers in Singapore due to the Finance and Treasury Center (FTC) incentive, which is administered by the Singapore Economic Development Board. “With the FTC, companies enjoy a period of tax exemption for a period of five to 10 years,” Wong said. “So both sectors work very differently from an economy perspective and from a company perspective.”