Treasurers' Top Concerns for 2017 Include Payments, Technology and Investing 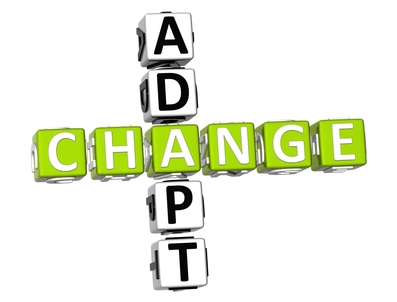 RESTON, Va.  -- Treasury professionals clearly had a lot on their minds during the latest meeting of AFP’s Treasury Advisory Group, and not just on the Presidential election that occurred the same day. At the start of the meeting, Craig Martin, AFP’s director of executive programs and treasury practice lead, asked the group about their focus heading into the New Year. Among their concerns were (as always) payments, technology and investment policy.

A treasurer for an automaker explained that he is in the process of moving many customers and suppliers from checks to ACH payments, and is facing issues surrounding that. He noted that while organizations across the board have been exploring moving to electronic payments, the biggest push has really come from industries where such a transition is necessary or even mandatory.

“We ran into a situation where we had to come up with a solution to pay claims; the courts said we needed to provide both a check option and an EFT option,” he said. The EFT option became a little tricky; we’re not a financial services company. It was just something we had to do. So for our EFT solution, we are going to use ClearXchange. But since that won’t cover 50 percent of our people, our bank also has a very similar solution, so we’ll be using a combination of both. So it will be a major endeavor to see how well this really works with the volumes we’re talking about.

Also on the payments side, a treasurer for a nonprofit organization explained some of the challenges and changes that he’s been facing throughout the year. His organization has been indirectly impacted by the “war” between Costco and American Express. Formerly, Costco only accepted ATM debits and Amex credits. Earlier this year, Costco opted not to renew its contract with Amex, and Citi landed that business. Amex in turn canceled about 11 million cards, and Citi reissued these cards as Visa. “So for companies that automatically debit cards, you just lost those people,” he said. “For our industry, it’s a voluntary contribution and we just lost 4 percent of our people in July because of an RFP that Costco did.”

He ended up calling Amex and explained that what the credit card issuer did has impacted a multitude of organizations. “We said, ‘What you did—even though you lost the business and it’s not your fault—this has impacted us. You canceled 11 million cards; we need you to give us updater information.’ At first, the relationship manager said to send them information from our database and they would do an updater. Two days later, he called back and said, ‘It’s a business decision that American Express will not update.’ And why not? They can’t, because the reissued cards were not by American Express and they cannot give somebody else’s information to you.”

The treasurer added that his organization has realized that it needs to become as bank agnostic as possible when it comes to credit card payments, ACH debits, etc. “So we’re no longer sending our files to Wells Fargo or Chase for ACH processing. We are sending all of our files to a gateway by Visa—CyberSource. They tokenize, they do the updater processing, all of that information, and if tomorrow we decide our relationship with one bank is no good and we’re moving to another, there’s just a phone call and no implementation. That cost is about $150,000 per year. It’s a cost we never had, but strategically thinking, making our organization bank agnostic has become really important to us.

A treasury director for a major food products company expressed the ordeal his department is dealing with in attempting to go from using two treasury management systems down to one. “We’ve found that the ASP environment is a challenging environment for us to support internally, and our IT organizations is actively pushing more of the SaaS solutions,” he said. “So we have, internally, some direction to get to 75-90 percent SaaS solutions as a company.”

This transition became even more interesting last month when ION acquired Reval, as one of the treasurer’s two systems is a Reval solution. If the treasurer’s company decides to stick with ION/Reval, it will require treasury to dedicate employees to that systems project rather than the work they were hired to do. “So that’s our top focus—continuing to improve our own capability, as well as the employee experience,” he said. “Juggling in and out of two systems, mainly for the accounting folks, has really proven to be quite a challenge.”

Now that money market fund reform has finally kicked in, practitioners have reworked their investment policies. This has been a point of frustration for one assistant treasurer, whose company recently appointed a new CFO and a new treasurer. “Neither one of them came from an organization that had a lot of cash that you need to manage and invest,” she said. “Neither one really understands money market reform and don’t really want to listen to me about it.”

The assistant treasurer added that she had prepared a completely revised investment policy to the board of directors, which was promptly “killed” but the new management. “So now I have my old investment policy that’s not updated, and I’ve got money coming in, and I don’t know where to put it. It’s a challenge when you’re executives don’t come from cash management backgrounds and have never really worked with investments,” she said.