To Fly Like the Eagles, FP&A Professionals Must Trust Their Analytics

Editor's note: This article has been updated as of February 5, 2018.

The Philadelphia Eagles won Super Bowl LII on Sunday, and so we are looking at the elements that made them world champions. One element that stands out is the Eagles' use of probability and analytics. The quote above was from a football analyst commenting on the propensity of Eagles Head Coach Doug Pederson to attempt to get a first down when the team is on fourth down, rather than take a more conservative call of punting or kicking a field goal. Why would they take this additional risk?

Maybe it is not really risky, and the conventional wisdom is wrong. The Eagles have had great success on fourth down this season, and last night was no exception. They attempted this 26 times during the year, second most in the league, and the most for a team with a winning record. Philadelphia converted the play for a first down 18 times, resulting in 13 scores. In the eight times they tried but failed on fourth down, the opposing team scored zero points. This success rate—69 percent!—will undoubtedly lead other teams to copy their tactics and lead to more fourth down attempts next season.

The Eagles know that this will look odd to fans and observers who used to more traditional, conservative scenarios, but they have the backing of leadership. Team owner Jeffrey Lurie built this capability, and then looked for a head coach willing to put it in practice (Pederson is in his second year). Lurie told one reporter that “there’s been so many decisions over time that are too conservative for the odds of maximizing your chance to win at the opportunity… When you do the math, you really want to try to be a lot more aggressive than the public would normally anticipate.”

This approach has significant implications for finance. We live in a time of new data and analytical techniques that can provide our teams with advantages if we know how to use them, and are brave enough to use them.

The first lesson is that executive sponsorship matters. Lurie had to commit resources to building an analytics team, and to hiring coaches that think in this way. Fighting norms is a risk itself. Pederson admitted that his analytical methods are not a guarantee of success. Failure is an option, like when you have a 58 percent chance of success on a play that ends up failing and the football world second-guesses the decision. His response? That play was the right call because it “gave you the best chance to win.”

The second lesson is that what may seem counter-intuitive may actually be less risky. The Eagles’ effort to gather and analyze data showed that going for it on fourth down was, probabilistically, the best outcome for winning the game. Are there opportunities that your company is missing because of inherent risk aversion? For example:

A third lesson is that the combination of people and data make the best decisions. People alone are subject to many biases and fallacies; computers alone may be too formulaic and predictable. Coach Pederson takes the input from the algorithms but maintains final oversight. This is analogous to what is known as the “centaur model,” the combination of people and applied data. This was best seen in a 2014 chess competition where a human aided by machine with good logic and processes was able to beat the best human and machine competitors. The idea is that a machine excels at examining vast amounts of data and presenting various options; people add intuition, creativity and empathy.

Even the fact that the Eagles made the playoff this year can be seen through lens of data-aided forecasting. Sports Illustrated and The Bleacher Report predicted the Eagles would finish the season with seven wins and nine losses. ESPN’s analytical model applied “advanced statistics” and “Pythagorean expectation” to arrive at an opposing view. Model owner Bill Barnwell said before the season, “No team has a better stat-nerd case for jumping into the postseason in 2017 than the Eagles. Advanced metrics suggest Doug Pederson’s team was already playoff-caliber last season,” despite their losing record at the time.

For additional insights on FP&A, subscribe to the AFP monthly newsletter, FP&A in Focus. 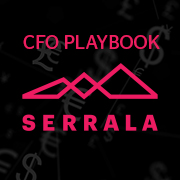