The Story of Money: An Interview with Author Sean Cover 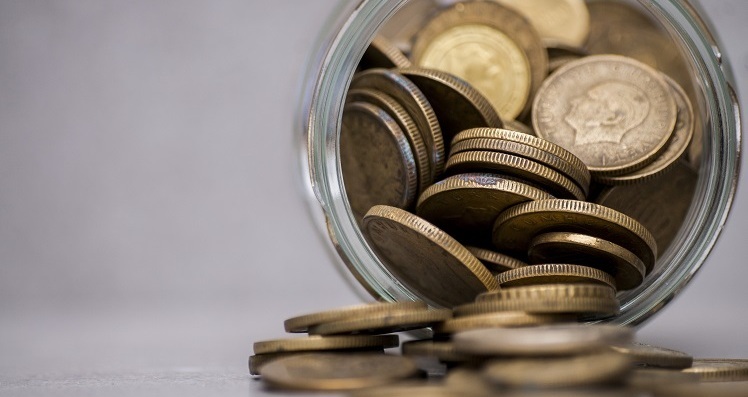 While most people don’t think too deeply about money and how it works, from the way we spend our days working to earn it, to the way we acquire everything we own by spending it, money is the catalyst that drives the entire world.

In a recent interview, AFP’s Tom Hunt, CTP, directory of Treasury Services, sat down with Sean Cover, author of “The Story of Money: The Journey from Shells and Shekels to Bills and Bitcoin,” to discuss the common theme running throughout the history of money, and how he was prompted to write this book.

Hunt: Tell me about your background as a controller at RYSE. What prompted you to get into the financial industry?

Cover: My background began in grants management and nonprofit finance. I have worked for several large nonprofits with budgets up to $300 million that are predominantly grant funded organizations. For example, one addiction treatment clinic in New York City might have five different grants sponsoring different parts of that program. In order to manage the financials, these organizations must have budgets that intertwine with one another and be constantly planning out how the expenses are going following the specific grants, programs and regulations. Then they must balance it all together to see where the organization is being covered and where it is not.

Around six months ago, I joined Residential Youth Services and Empowerment (RYSE), a small nonprofit in Hawaii that looks to help end youth homelessness. Homelessness is a problem in Hawaii, and our executive director, Carla, thought we should tackle it by fighting it at the root in the youth stage. Carla has a social work background and started RYSE from nothing in 2018.

Hunt: What prompted you to write “The Story of Money …”?

Almost everything we do in society relates to money. In this way, money is the base layer our entire society is built on. At the start of the coronavirus pandemic last year, people's attitudes about money began to shift. It was even seen on both sides of the political aisle with certain aspects like the stimulus package.

People have said, “While I know we can’t be creating all of this money from nowhere, and we can’t just print as much money as we want, I don’t know why or how to articulate it.” Over the last few years, I have read a lot of books about the history of money and the current state of economics; however, I have not found that one book that neatly ties everything together.

Most of the books about the history of money do not delve into how money today is affecting our society in more ways than we realize. Furthermore, most of the books about the future of money do not include enough about the history of money. I wanted to write a book that I wish I had read at the beginning that answered basic questions such as: What really is money? I wanted to show people how money developed to where it is today, how it is affecting our lives in more ways than we realize, and how it will continue to develop into the future.

Hunt: What is a common theme that runs throughout the history of money?

Cover: People seem to naturally gravitate toward the forms of money that best allow them to store value over time. We go to work for eight hours and are compensated in the form of money. When we do not spend all that money at once, we are storing some time that we already spent working for later. When money is able to hold its value over time, it allows us to plan for the future.

That divisibility aspect of money is important too. If you are a small society and have a handful of rare gems, the gems will not function well as money because there are not enough gems to go around and be divided. For that reason, silver (not gold) has been the form of money that has seen the most success throughout history. In many societies, gold was too scarce to function well as money, and you could not use it for small transactions. Silver has been the dominant form of money throughout most of history.

Hunt: How often does inflation play a role?

Cover: Inflation is arguably the most common reason why money fails, other than outright war and conquer. It is very difficult to have a money that is sufficiently scarce enough to hold its value over time in any way, shape or form.

For example, we all think of starting off with barter trading, one thing for another; however, that does not happen after a while. What starts off as barter will always end up becoming money, because there are always going to be certain goods that people want more than other things. When you start with barter at the get-go, it becomes apparent that it is valuable or that it is wise to acquire what everyone is going to want. You might have chickens, but if you know that everyone in the group wants sugar, you are going to start acquiring sugar specifically for the purpose of trading it. In 2021, when we create more money, it is an inflationary force on the price level. However, it is counterbalanced by a whole wealth of inflationary and deflationary forces put together. It is not just the supply of the currency that results in the inflation rate we see.

Hunt: What does the future of money look like, especially for central banks?

Cover: Money is going to become more and more digital. For most of us, money already is digital. We do our banking online and use applications such as Venmo. For the money itself, there are things like settlement between banks. Visa settlement can take a long time for the banking system to settle in the background underneath it all. These aspects are obscured through financial technology applications for the most part, but as money becomes further digitized, we are going to see more things like central bank digital currencies.

Hunt: What about bitcoin and some of the other digital currencies? How will that play out?

Cover: There are two opposite pillars for how money is going to continue to develop: the central bank digital currency and the bitcoin cryptocurrency. Bitcoin does not have an ideology and is more of a neutral currency, which allows people who are interested in it, both for and against it, to project what they want bitcoin to be onto the currency. The only question is: What does it mean to have a currency that has a fixed monetary policy?

Since bitcoin has somewhat of a fixed policy where new bitcoin is issued every 10 minutes until 21 million bitcoin are out there and then it stops, there is no one who can change the monetary policy of the code. At the same time, bitcoin is not capable of discriminating. Anyone can use the network that has bitcoin, and there is no way to stop certain people from using it.

The idea of money as an application layer is just starting to be developed, where you can build actual applications on top of systems of money. The problem for most people is that 95% of the cryptocurrencies that are out there, if they are not scams, are not going matter or change the world in a meaningful way.

Register by June 3 to Save $725
Energy Abounds -- New Ideas and Connections Are Made
There is power in being together. Join your peers at AFP 2022 for connection and impactful learning you can't get through a screen.
Register now.