Making Friends: The Key to Getting the Finance Job You Want 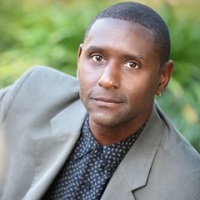 When 90 percent of people talk to me about the job they want, I totally lose them. They start looking off into the future, which seems to be located somewhere over my left shoulder. They’re likely conjuring a glorious life-to-be that’s filled with corner offices and executive assistants, and is entirely lacking in whatever they dislike about their current 9 to 5. And that’s fine. But while there are plenty of people dreaming about what it is they want, the other 10 percent of people I talk to are hatching plans to go after it. And guess which percentage of jobseekers ends up with the dream job? If you crossed your fingers and went with the majority, you’d be eternally hopeful but entirely wrong.

If you want to get the job you want, whether it’s a stepping stone to your next career milestone or it’s the dream job itself, you have to proactively go after it. Sound terrifying? Well, to 90 percent of people, it can be. But here’s the secret the lucky 10 percent know: getting the gig you want is as easy as making friends. Not sure what the buddy system has to do with scoring a job offer? Here’s the breakdown.

Change your idea of networking.

The reason you don’t want to network is because you have a stilted idea of what networking is. It looks a lot like other people schmoozing comfortably in a conference room while you try not to spill red wine on your button down and wonder how to wipe your sweaty hands on your slacks without anyone noticing. You know what, though? That’s not networking. Networking is really just making friends with other people who happen to have jobs. And guess what? Even though everyone else looks cool and comfortable, they’re there for the same reasons you are and they feel monstrously awkward too, I promise.

To have a successful friend-making mission, you have to throw yourself into the ring. The good news is that no one is waiting to beat you up. Instead, they just want to know your name, where you work, what you love about your job and where you went to school. You know the answers to those questions, so this is easy, right? All you have to do is answer, smile like you’re happy to be there with your newfound friends, and pop some questions of your own.

Focus on giving, not taking.

Most people are natural takers. It makes sense—and when something as important as your career is in question, it’s difficult to separate one action, like networking, with the question, “What’s in it for me?” For now, the answer is this: friends. Make that your goal, and your entire professional world will transform into one where you do things for others, and they act in kind.

Here’s why giving works better than taking in a networking situation. Imagine The Taker marching from group to group, purposefully introducing himself, making two minutes worth of small talk, and handing out his business card. By the time the event’s over, he’s talked to everyone and made an impression on no one. Why? Because his goal was to get his card into every person’s hand. Alternatively, imagine The Giver. He spends 15 minutes in deep conversation with a group of five. They all do different things at different companies, but have hit on a similar interest. Picking up on his passion, one person in the group introduces him to someone else in the room, who happens to be a CFO. Jackpot!

Here’s the thing about networking: You can’t just do it once. After all, you wouldn’t meet a friend for lunch, ignore her for three months, and then expect her to show up to your birthday party, right? The same holds true for your professional friends. If you want those relationships to grow, you have to keep connecting. That can mean attending the same event, meeting up with new connections at conferences or workshops, or catching up over social media platforms like LinkedIn.

Above all, remember to keep the giving going. The more of yourself, your connections, your passions, and your knowledge that you offer up without expecting anything in return, the better your reputation will be. Not only will people know who you are, but they’ll know what makes you tick and why you’re such a great employee, so when the job you want pops up, your connections will think of you instantly. And if they don’t, you are in the perfect position to ask for an introduction to the hiring manager. A connection you’ve helped in the past will be thrilled to help you in return. See how easy that was?

Ron Nash is a business and career strategist, author, and founder of The In Academy Inc. He is a featured speaker at the AFP Annual Conference. Register for the Conference here.