AFP is proud to introduce the new Chairman and Vice Chairmen of its Board of Directors, as well as some new members. 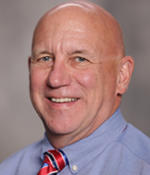 Terry Crawford is Senior Vice President and Treasurer for AMC Entertainment Holdings, in Leawood, Kansas. He has been a member of the Board of Directors since 2014, serving on the Audit and Finance Committees. He also served on the AFP Annual Conference Planning Task Force and the Treasury Advisory Group, serving as the chair in 2012-2013. In addition, Crawford is a member of the Wells Fargo Retail Advisory Board. At the local level, he is a past president of the Kansas City AFP. Crawford has been a contributor at the AFP Annual Conference and Retail Industry Roundtable, speaking on various subjects since 2003. He has also contributed to several articles and publications since becoming a practitioner member in 1998.

“As a longtime AFP member and volunteer, I joined the board to continue to support the AFP and it’s goal of providing members with superior education, training and professional certification. my volunteer work at AFP, I have developed a valuable network of treasury professionals over the years that likely would not have occurred otherwise.” - Terry Crawford, CTP

Michael High, CMA, FP&A, is the Business Unit CFO for Royal Dutch Shell’s Deep Water Gulf of Mexico based in New Orleans, Louisiana. Prior to Shell, he served as a U.S. Army Officer. High has served on the FinNext Conference Planning Task Force and served as a panelist at FinNext. He spoke at AFP 2019 and has been a contributor to the AFP FP&A Guide series, was interviewed for the AFP Conversations podcast series, and supported the FP&A Job Task Analysis workshop. High has been on the Board of Directors since 2018 and serves as a member of the Finance Committee. He has been a member of AFP since 2016.

“I joined AFP and ultimately the AFP Board to help me round out my finance experience and gain exposure to areas of finance that I might not see until much later in my career. Sometimes this manifests itself as attending unique sessions at conference outside of my areas of responsibility, sometimes it manifests as engaging with colleagues from other industries and company sizes. And, as a member of the board, this happens routinely by the dialog we have at board meetings and hearing directly from other senior finance leaders on their experiences and challenges. I think it is important for finance professionals to own their professional development. Joining AFP is a valuable way to do so.” – Michael High, FP&A, CMA 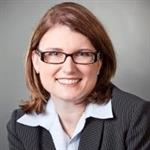 Gaileon Thompson is Vice President, Finance at Conifer Health Solutions in Frisco, Texas. Prior to joining Conifer, she spent over 15 years in various roles in financial services, including Senior Vice President, FP&A for CitiBank’s U.S. Retail Bank Operations and First Vice President, Finance for SunTrust’s Wholesale Deposits and Treasury Services. Thompson is Past Chairman of AFP’s FP&A Advisory Council and has contributed to multiple whitepapers and articles related to FP&A. She also served on the inaugural Conference Planning Task Force for FinNext and has presented at multiple conferences. She was a founding board member and treasurer of the North Florida AFP and is currently a member of the Dallas AFP. Thompson has been a member of AFP’s Board of Directors since 2018 and has served on the Policy Committee. She has been a member of AFP since 2010.

“I joined the AFP Board of Directors because I have personally gained so much through my involvement with AFP, and I wanted to give back to the organization that has helped me grow as a professional. For me, the two main reasons why I get, and stay, involved in AFP are community and connectivity. No other organization brings finance and treasury professionals together the way that AFP does, and having access to the community built and fostered by AFP is a tremendous asset. The connectivity of AFP keeps me apprised of what is going on in my field. It is easy to fall into a rut of as to what you as a professional or your company may be doing. By being involved with AFP, I stay abreast of emerging trends and technology that I can bring back to my role and my organization to make us all better at what we do.” - Gaileon Thompson, CTP, FP&A 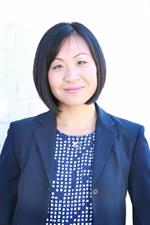 Tracy Butler is CFO for Sound Transit in Seattle, Washington. She has served various executive roles since joining the company as the Treasurer in 2007. Prior to joining Sound Transit, she was the Treasurer at Salem Regional Health Systems, and prior to that, she served as Management Consultant with Optima Management in Geneva/Zurich, Switzerland. Butler has served as a member of the 2019 FinNext planning task force, the AFP 2020 planning task force, the FP&A Advisory Board. She also participates in multiple AFP interviews and marketing material development efforts. She currently serves as a board member of the American Cancer Society Western Region.

“I joined Board because it gives me more opportunities to give back to the profession and it is where I can best support the mission of the association. Treasury and FPA professionals can gain access to the latest and most relevant financial knowledge to support their career and their organization, network with peers and give back to the finance community by getting involved with AFP.” – Tracy Butler, CTP 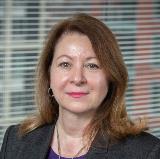 Gina Collis is Associate Treasurer, Asset Management in the Office of the Chief Financial Officer for the District of Columbia. Prior to joining the District, Collis was Chief of Staff and Executive Advisor to the President/COO at Vulcan, Inc. a privately held multibillion-dollar, diversified company. Prior to Vulcan, she was Senior Vice President and Corporate Treasurer for Discovery Communications, Inc., a global media company. Collis has served on the AFP Annual Conference Task Force Planning Committee, served on the Pinnacle Award Selection Committee and has been a speaker at the AFP Annual Conference. She also participated in regional Corporate Treasurer Council roundtable discussions and previously served on the Greater Washington AFP board for many years. She has been a member of AFP since 1990.

“AFP is about advocacy, education and networking. I wanted to help promote those goals and be an advocate for other treasury professionals. AFP provides important educational forums for early, mid-career and seasoned professionals and provides great networking opportunities for all.  Any of us can learn from others, benchmark and keep up to date on everything from the latest technology to innovative business practices. Attaining a certification, either CTP or FP&A, also validates your body of knowledge and lets employers know you have expertise.” – Gina Collis, CTP 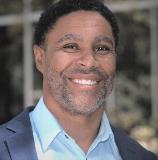 Eric Ellis is Vice President of Finance and Strategy at the National Restaurant Association. Previously, he held several progressive financial roles with Allstate, Coca-Cola, and Porsche Cars of North America. He has been a speaker at FinNext on digital transformation. Ellis currently serves as a member of the FinNext Task Force, the FP&A Advisory Council and attends local AFP roundtables.

“I joined the AFP board to continue offering my expertise and network to advance the organization’s mission. AFP creates a valuable platform for networking, education and community. I would encourage all treasury and financial professionals to join.” – Eric Ellis

Geetanjali Tandon is VP of Financial Planning and Analysis for Centralsquare in Orlando, Florida. Prior to joining Centralsquare, Tandon was Digital Transformation Finance Director with Bayer Crop Sciences, and also served as CFO of the Global IT Function at Monsanto (which was later acquired by Bayer). Prior to joining Monsanto, Tandon worked with Capital One Financial Services for seven years based in the Washington, D.C. metropolitan area. Tandon has served as a member and chairman of the AFP FP&A Advisory Council. She has contributed articles in AFP Exchange magazine, participated in podcasts and webinars for AFP, and has presented at FinNext.

“I am so excited to be part of the AFP board. I strongly believe in the mission and vision—an organization committed to advancing the success of finance and treasury professionals. I have been involved with AFP for the last few years and have really seen its impact in increasing the recognition of financial planning and analysis professionals. I am excited to be part of the board and help the organization achieve its vision and become the premier organization for finance professional around the globe.” – Geetanjali Tandon

The full list of AFP’s Board of Directors is available here.


Investing in Resiliency: Q&A with a Finance Thought Leader

Become an SAP Financial Super Hero
Learn how to streamline everyday SAP FICO processes as you navigate the reality of a “virtual” financial close. Discover how to automate processes and improve productivity with Z Option GLSU – and eliminate the need for IT involvement.
Close the books like a hero. Schedule a Demo.