Two major U.S. companies, Amtrak and Kaiser Permanente, did exactly that in 2015, and more are strongly weighing the option with their brokers and investors, according to sources involved in the discussions.

What is a cat bond?

Cat bonds typically are issued by insurance companies and reinsurers, although a smattering of corporate deals have been completed since the securities first came into being in the mid-1990s. In general, however, insurers provided sufficient capacity and catastrophe risk was a backburner issue. That is, until Hurricane Sandy struck the Northeast in 2012 and caused major damage.

“Corporate entities discovered that they have huge gaps in coverage, especially for business interruption risk. Business entities such as Amtrak and Kaiser buy as much insurance as they can obtain, but it’s just not enough,” said John Seo, co-founder and managing principal of Fermat Capital Management, a top fund investing in cat bonds.

“In the case of Amtrak, it has very significant business interruption risk, and it’s challenging to get broad coverage for that in the traditional market on a scale that’s meaningful for these large buyers,” Dubinsky said.

Amtrak issued $275 million in cat bonds last October, increasing the deal from $200 million and pricing the bonds for a coupon of 4.5 percent, at the low end of original price guidance as investors clamored for the bonds. The transaction provides protection against damage to Amtrak-owned infrastructure in the critical Northeast Corridor stemming from storm surges, wind damage or earthquakes. Amtrak noted that Hurricane Sandy created a storm surge that resulted in seawater inundating both tubes of the Hudson River tunnel and two of the four tubes of the East River Tunnel, causing more than $1 billion in damage.

“This is the first time Amtrak has used the capital markets to broaden our base of insurance coverage,” said Gerald Sokol, Jr., executive vice president and chief financial officer at the company. “The catastrophe bond market provides us with a means to diversify our sources of insurance in a cost-effective manner.”

Seo noted that both Amtrak and Kaiser have complex infrastructures that make cat bonds particularly attractive for the issuers because their parametric-loss triggers result in payouts when pre-specified parameters are reached, for example, a certain level on the earthquake Richter scale, or a storm surge reaching a specified height. Cat bonds can also carry indemnity triggers, which insurance policies typically use and are triggered when losses pass a pre-determined threshold. The parametric variety are favored by both issuers and investors, because the trigger is clear cut and quick.

“When an event is physically verified to have occurred, then we pay,” Seo said, adding that simplicity and speed is particularly important in the context of business interruption risk coverage, which replaces income disrupted by the catastrophe.

Indemnity triggers, instead, pay out after a pre-specified level of monetary loss is reached, and they are more oriented toward covering property damage. They tend to rely on specific language in the insurance policy contract and litigation often ensues, potentially delaying payments significantly.

“There can be a huge frictional costs, both for the insurer, which can’t touch and feel the business-interruption exposure, but also for the insured, which is not really confident it will get paid or get paid quickly on business-interruption claims,” Seo said. “Cat bonds don’t exclusively use parametric-loss triggers, but when they do, investors greet those types of bonds eagerly.” 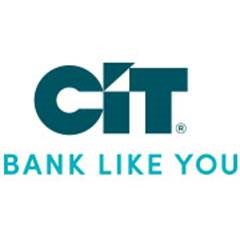