Last year, AFP announced the formation of its APAC FP&A Advisory Council (FPAAC). The networking and advisory group meets three to four times a year to discuss best practices, common challenges and innovative initiatives in the Asia-Pacific region. We’ll be profiling individual members of the council every month. This month we spoke to Peggy Ang, FP&A Leader for APAC for National Instruments.

AFP: Let’s begin with your early career. What prompted you to study accounting in college?

Peggy Ang: I would say that at the age of 19-20 and having to make choices that would influence my future career, the decision came about more from practicality—especially being based in Singapore, which is one of the key financial centers in the region, with many international companies basing their regional headquarters here.  An accountancy qualification gave me flexibility in terms of my future career path, is a very transferrable skillset, and every company needs an accountant/finance person, as it’s one of the backbones of business!

That said, the role of finance/accounting has evolved quite a bit in the last 15 years of my career It used to focus largely on record-keeping and reporting of a company’s financial health and stability, as well as regulatory/statutory financial matters.  These are still very important today, but the finance role has expanded to being sought after for forward-looking and partnering activities, such as providing insights that can influence business decisions and long-term strategic planning. The rise of technology has also led the push towards shorter turnaround time for obtaining data, more automation of standard processes and more analytical, data-driven decision-making.

AFP: What made you decide to make the shift to FP&A? 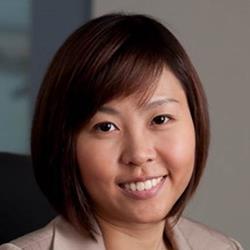 Ang: Finance comprises of many sub-functions, ranging from accounting to audit, tax, treasury, FP&A, etc.  I believe that each function is important to the overall efficiency and effectiveness of any finance team, but each of these functions also calls for different personality profiles.  For myself, it boils down to two main reasons. 1. I wanted be able to, directly, witness and experience the value-add of my work to the business and work more closely with them to build my business acumen. 2. It gives me a more comprehensive exposure, with the shift from working on historical results and external reporting, to having more forward-looking perspectives and influencing internal decisions. The FP&A role also suited my personality better, in terms of being able to hone my areas of strength or at least areas that I was interested to develop more on.

AFP: How did you come to join National Instruments?

Ang: National Instruments was my first foray into the commercial world after some years in audit. They were looking to set up their finance regional HQ in Singapore, and were hiring a small team of three for a start. I was sold during the interview, given that my first day of work would be getting on a flight halfway around the world, then spending the next five to six months overseas and learning/planning/executing on the startup. It was pretty exciting and hard to match for a ‘first 100 days at work’ experience!

AFP: What is the biggest challenge as an FP&A professional in Singapore?

Ang: I think it’s the transformation of finance teams—not just the tangible aspects of moving to cloud systems, utilizing latest data analytics tools, progressing to infographics instead of charts/tables or changing finance organization structures, but also the intangible aspects of mindset shifts or evolving from cultures that are borne out of habit/legacy (e.g., involving and perceiving FP&A in a partnering rather than support/back-office role), as well as becoming a numbers storyteller instead of a mere “Finance report-out”.

AFP: How has Singapore been handling the pandemic? Has it been difficult for financial professionals to keep up with their tasks or has it been fairly smooth?

Ang: I think the Singapore government has handled the pandemic well in general and Singapore’s cases have been stable for quite a while now; I give credit also to the generally compliant population in adhering to guidelines. Singapore depends heavily on international trade, so we’ve definitely been heavily impacted by the pandemic. Being based in Singapore, I’m immensely grateful for past generations of leaders in building up deep reserves, to be used for a time such as this—completely unprecedented for this generation.  The local government has been dishing out billions in support packages, directly or indirectly helping industries, companies and individuals.

Task wise, I feel the challenge for the finance profession largely has to do with the inaccuracy or frequent changes in forecasts and scenario projections, given the numerous unknown and fluctuating variables (such as COVID-19 case counts, repeat waves of infection, timing of vaccine availability, state of international travel/trade relations, etc.).  While it is not unusual to have economic downturns, the challenge of having global economies plunge into recession collectively, with some countries going into extreme and unheard-of lockdowns, plus having no end in sight, at least not until recently when some vaccines became available. There’s such a wide range of possibilities in what a post-pandemic world would look like or how it would function. Every finance professional has probably had their share of curveballs and exigencies at work and/or at home with the work-from-home arrangements. I’m certain that most people have had to evaluate how things were done and adjust/adapt to new solutions.  While there are real and intense struggles as a result of the pandemic, I think it has also been a season of growth and learning, be it professionally or privately.

AFP: What led you to join AFP’s APAC FP&A Advisory Council and what do you hope that the Council will accomplish in the coming weeks and months?

Ang: In general, I believe in the collective exchange of ideas, that none of us is as smart as all of us, even if it means agreeing to disagree or managing discourse in the process. At a personal level, being able to interact regularly on FP&A issues or macro environment factors that have an impact on the profession, helps challenge my thoughts and there’s always something new gleaned from the process. As iron sharpens iron, talking through issues and ideas usually provides me with a more refined perspective on things and is very helpful in leading my team forward.  It is a privilege to be on the council, which creates a platform and enables council members to do the above.

As for what I hope to see the council accomplish:

AFP is your source for FP&A expertise. AFP members have access to the FP&A Maturity Model, a roadmap to help organizations develop a baseline for their FP&A practice. AFP also administers the Certified Corporate FP&A Professional designation, which serves as a benchmark of competency in the FP&A profession.