Financial Professionals Are Cautiously Optimistic on Outlook for 2023

The current business environment is fraught with uncertainty. The global economy is challenged with record-high inflation coupled with the threat of a recession and a very tense situation in Eastern Europe due to the war in Ukraine. Still, financial professionals are cautiously optimistic about their organization’s financial performance in 2023, according to findings from the 2022 AFP Annual Conference Survey.

Other factors that will contribute to an uptick in financial performance include implementation of new technologies and tools (34%), introduction of new product/service (31%) and improvement in overall economic performance (29%).

As a result of an upturn in financial performance, respondents expect their employers will increase hiring (53%) and capital expenditure (44%), while one-third predict a boost in operational expenditures. They also predict that their organizations will invest in employees by increasing compensation and benefits (33%) and enhancing employee training/education (32%). 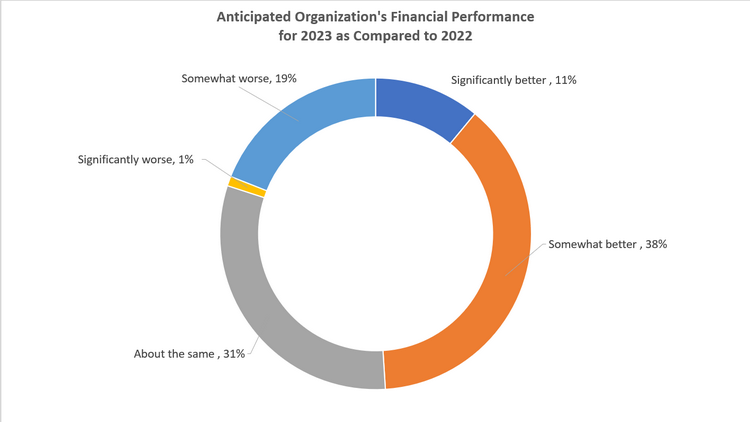 Most respondents predicting a deterioration in their company’s bottom line blame inflation (80%) and recession (63%) for the impending downturn. Over half expect that the anticipated decline in profitability will result in cost-cutting in operational expenditures, while 46% predict their employers will restrict hiring. Other outcomes expected are reduced capital expenditures and a reduction in workforce.

The mixed responses regarding the anticipated performance of organizations in 2023 can likely be attributed to how susceptible an organization is to economic uncertainty. Respondents in industries that are less likely to be impacted by economic tumult also tend to be the ones that predict their organizations will experience stronger demand for goods and services. Respondents fearing their companies will have a rough time in 2023 also believe their companies will be vulnerable to projected economic uncertainty. So while there appears to be underlying optimism amongst respondents when looking ahead, they realize the economic environment will play a significant role in their organization’s performance.

Actions That Financial Professionals Want from the Federal Government

Nearly 80% of respondents believe that the federal government of the United States should focus on decreasing inflation, and 61% say action by the government to stabilize interest rates will positively impact their organization’s financial performance. Unsurprisingly, the war created by Russia’s unprovoked action on Ukraine has 36% of attendees indicating the federal government should put efforts into easing geopolitical tensions.

“One Word” to Describe the 2023 Business Outlook

Similar to their other responses, in describing their outlook for 2023 in one word, attendees’ answers varied. Though there seems to be hopefulness and optimism for 2023, the unpredictability of what lies ahead for the business environment is creating a very guarded response. 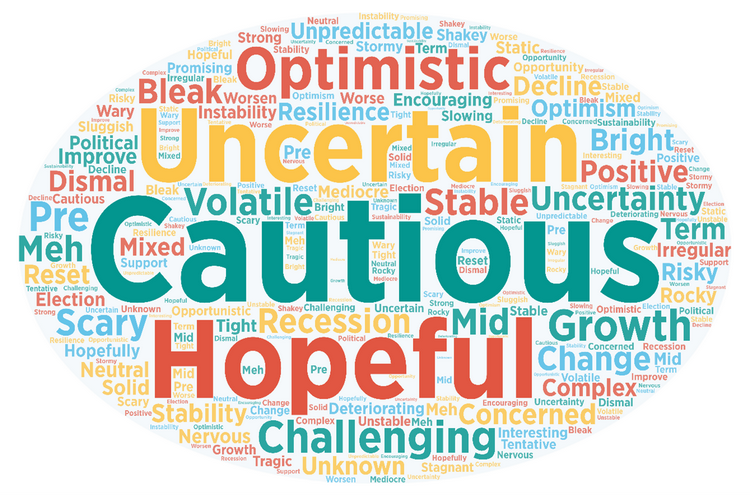 Word cloud displaying the “one word” attendees use to describe the outlook for the 2023 business environment.

In an effort to gauge the perspectives of treasury and finance professionals’ outlook for 2023 and to understand the role they believe the federal government should play during these uncertain times, attendees at AFP’s Annual Conference held in Philadelphia in October 2022 were asked to complete a five-question survey.

The survey asked attendees to provide thoughts on how they believe their organizations will fare in 2023 as compared to 2022 and highlight factors that might impact their companies’ bottom line. Additionally, they were asked to note the actions they believed the federal government should take so their organizations could succeed.

The survey received completed responses from 150 attendees. Three-fourths of survey respondents were practitioners responsible for managing or executing treasury/finance functions at their organizations, while the remaining 24% provided products, consulting or services to other organizations. 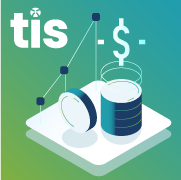