CTP Profile: Dinner with a Client Changed His Life

He got his start in treasury over dinner. That’s how Lionel Lee, CTP, tells it. Lee started his career in investment banking, then, after working in the field for four years, dinner with a client changed his life. “During the dinner they asked me if I wanted to move to Hong Kong to join their corporate treasury team,” said Lee. “I thought it was, holistically, a good move, so I said yes.”

From corporate to bank treasury

Today Lee serves as treasury manager for WeLab Bank in Hong Kong. As treasury manager, he helps manage the bank’s treasury investment portfolio and the specific work streams relating to it, which include credit analysis of the debt investments and management of the external counterparties and interbank relationships. Lee credits his knowledge of bank management and the payment institutions for his broad understanding of the system and framework in which his treasury team operates. 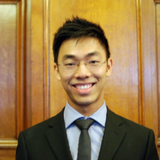 Lee said he agrees with the general list of contemporary issues facing treasury professionals today, such as e-payments, blockchain and rising fraud in an increasingly digitalized world. He said while these are all great topics for discussion, he believes that the most critical issue facing the industry today is the fact that treasury professionals are overloaded with information coming at them from different parts of the business. The result is that people in the treasury field are faced with a problem of “paralysis by analysis” where they are weighing so many factors and so much information that they can’t make effective decisions in a timely manner. “To quote Jeff Bezos, ‘Most decisions should probably be made with somewhere around 70% of the information you wish you had’,” said Lee. “Not many people realize this, but knowledge overload can actually be detrimental to the decision-making process.”

What fix does Lee propose? “A change in mindset,” he said. Most people are accustomed to striving for 90-100% of the information they wished they had before making a decision. A part of that change in mindset is recognizing that certain information is more important than others. “This is especially true as the final 10-20% of information doesn’t always add value to the decision you would have made with less information,” said Lee.

As for his future in the profession, Lee hopes to hold increasingly higher positions of leadership. And, in terms of skills building, he plans to take that day by day, meeting each one with an open mind.

What Lee learned from having corporate treasurers as his clients, and subsequently taking on his first corporate treasury role in Asia, was that the finance functions were managed in an on-the-job manner where knowledge was passed down from the CFO or senior finance team members. “I wanted to know more about the existing best practices in the industry and contemporary topics and issues facing treasury professionals today, so I went for the CTP.”

Having been on both sides, as a banker and as a treasury professional, Lee particularly liked the existing framework the CTP offered around optimizing your relationship with your banking partners. He also found the subtopics, such as coming up with an objective RFP framework, management and negotiation of banking fees, both helpful and relatable.

He also found the module that describes, in detail, all the relevant and important legislation, such as FATCA, SOX and even the PATRIOT Act, and the “behind the scenes” institutions, such as SWIFT, Euroclear/Clearstream and the various RTGS gave him a leg up over his peers. “This is all important knowledge that the average finance professional may only come across in brief detail on the job,” said Lee. “Earning the CTP provided me with a great foundation of practical industry knowledge; I highly recommend the CTP to any finance professional who is seeking a career in treasury. No other certification will better prepare you for the job than this.”

“And, anecdotally, it helped open the door to my current role where my manager, who is a CFA holder, looked up the CTP and found it was more relevant to treasury.”

Learn more about the corporate treasury profession through original content and resources available only on AFP’s website. You can also get started on your journey to earning the CTP here.