Imagine a virtual reality so vast that all of us could effectively live in it. What would that mean for humankind? And, for our listeners out there, what would it mean for corporate finance?

In this episode of AFP Conversations guest Oliver Lewis discusses the work of Improbable, a tech startup that teamed with the British government to create arguably the most complete virtual simulation ever - and how it could help corporate finance. Lewis is an academic, innovation adviser and civil servant with interests in near-future technologies, institutional and corporate culture, diplomacy and national security. He will speak at the AFP MindShift Summit on October 14 in San Diego. 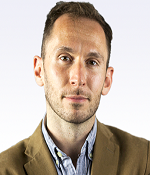 Oliver Lewis is an innovation adviser and executive with interests in emerging technologies, institutional and corporate culture, foreign affairs, diplomacy, defense and national security and research interests in elite social distinction. Oliver built a public sector business for Improbable and then managed projects with global brands like LucasFilm and Warner Bros. Prior to joining Improbable, Oliver was a civil servant in the Ministry of Defense and Foreign & Commonwealth Office both at home and abroad, often working alongside the military in conflict zones. He remains an associate fellow of the British Army's Center for Historical Analysis and Conflict Research, a senior research associate at the University of Oxford, and a visiting program director at Wilton Park, an executive agency of the Foreign & Commonwealth Office.